Congratulations to Caine Bouwer who has completed his apprenticeship to become Tiwi’s own Qualified Tiwi Auto Mechanic.

On September 16, Caine was joined by family and friends at the CDU Indigenous Valedictory Ceremony, where Vice-Chancellor Professor Scott Bowman presented his certificate – and asked if Caine could fix his MG!

Caine commenced his apprenticeship with Bathurst Islands Housing Association (BIHA) and finished at the Tiwi Islands Regional Council. Due to a lifetime working on cars and machinery he was able to fast track his apprenticeship by two years.

“But all it takes is hard work and anyone can make it from a Cert 3 to Doctorate,” said Prof. Bowman, who failed at school and never got a Bachelor’s Degree.

“Congratulations, we are so proud of what you’ve achieved and what you will go on to achieve.”

Caine is an inspiration and genuine role model for Tiwi people, demonstrating what can be achieved with a great attitude, hard work and determination. He has made his family and his community proud.

Thanks to BIHA’s Matt Fowkes, Mal Keatley and the rest of the team, and to Jason Canning at Tiwi Islands Regional Council for offering Caine this opportunity and supporting him throughout his apprenticeship. 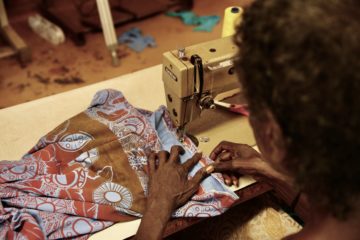 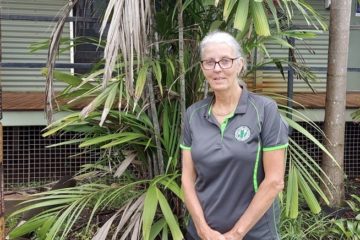 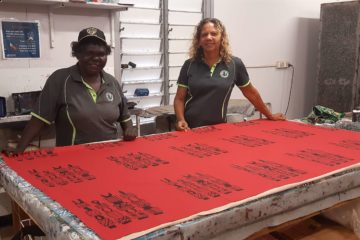